This collection of novellas by four mystery writers includes STAR SEARCH, a sequel to STAR STRUCK, both of which feature Hollywood Star reporter Quinn Collins.

STAR SEARCH opens as Quinn receives a strange phone call from a Monterey lawyer who tells her she’s just inherited a house in ritzy Pebble Beach—a legacy from a man she never knew. Determined to find out who her benefactor, Hugo Paxton, was and why he left her his expensive home, Quinn drives north to the area of California known for its many photogenic golf courses and dramatic Pacific coastline.

Quinn’s investigation soon reveals that Paxton was once a Hollywood screenwriter who, like her own late parents, was blacklisted during the McCarthy Era of the 1950’s and never worked in Hollywood again.

After Quinn attends Paxton’s memorial service and spends a night in her new house, things quickly start to go wrong. Paxton's longtime companion is murdered, Quinn is assaulted, and she begins to see a connection to the deaths of her own parents many years earlier. Soon Quinn realizes that the Hollywood blacklist is the one thing that links together a number of deadly events spanning four decades.

And she begins to see that a powerful man is not only behind the current crimes but remains a danger to her own safety as she seeks to expose him in the pages of the Hollywood Star. 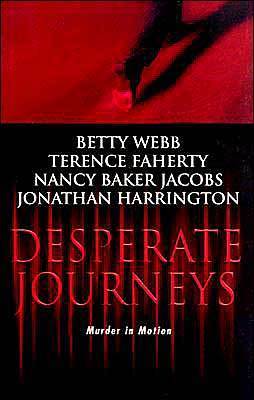