Hollywood Star reporter Quinn Collins thinks she's seen it all--covering the oddball beat that is Tinsel Town--until she stumbles upon the body of young Shane King, a notoriously incompetent "baby mogul" producer, dead in his hot tub of an apparent heroin overdose.

Shane was many things, most of them nasty, but he was not a user--he'd never fully recovered from his older brother's tragic drug overdose death several years earlier. Quinn, with her snooping skills honed to an art form, can't refuse a plea for help from the boy's father, with whom she once had a torrid love affair.

When another "accident" kills Shane's girlfriend, Quinn picks up a trail that leads back to a ten-year-old murder and a cover-up by some heavy Hollywood hitters. As Quinn knows, in La La Land, it's all about connections--even when those connections turn deadly. 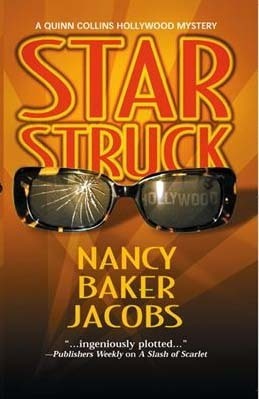