Nancy Baker Jacobs is the author of 12 crime novels, all of which now are available as e-books from Amazon's Kindle, and one crime novella.

Nancy Baker Jacobs' latest books are RICOCHET, her suspense novel chosen as a finalist for the Mystery Writers of America's annual Mary Higgins Clark Award, the arson-related mystery-thriller, FLASH POINT, the paperback reprint of her Hollywood mystery, STAR STRUCK and its sequel, STAR SEARCH (included in DESPERATE JOURNEYS.) In addition, she is the award-winning author of six other suspense novels and the Devon MacDonald private eye series.

Under the name Nancy C. Baker, she is also the author of six nonfiction books on a variety of popular topics, including black market adoption, breast cancer in families, and how women fall prey to the "beauty trap."

Both Nancy's fiction and nonfiction often include an examination of social issues, from racial and religious bigotry to financial greed, from women's rights to child abuse, from the celebrity cult to adoption. Yet her books are never preachy--all tell compelling, well-plotted and suspenseful stories, using topics of current interest as a backdrop.

In addition to writing books, Nancy's varied career path has included work as a newspaper reporter, private detective, editor, magazine journalist, college professor, and university administrator. She holds bachelors and masters degrees in journalism and mass communication from the University of Minnesota and a master of fine arts degree in professional writing from the University of Southern California. She feels honored to be listed in WHO'S WHO IN THE WORLD, WHO'S WHO IN AMERICA and WHO'S WHO OF AMERICAN WOMEN.

In addition to the U.S., Nancy's books and articles have been published in more than a dozen foreign countries, and she often incorporates topics she has investigated as a journalist as well as her own life experiences into her novels. The plot of FLASH POINT, for example, draws in part on Nancy's personal adventures with the California Fire Academy, and STAR STRUCK utilizes her experience as a journalist in Los Angeles.

A native of the Midwest, Nancy Baker Jacobs has lived on California's Monterey Peninsula, where she writes full time, since 1992. 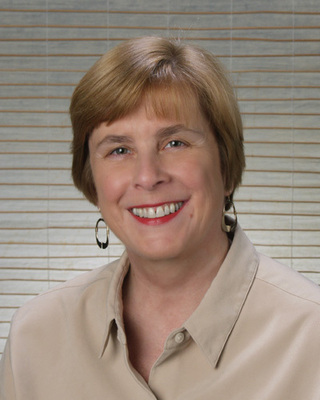