ROCKING THE CRADLE, DADDY'S GONE A-HUNTING, CRADLE AND ALL, and DEADLY COMPANION

Even though their financial future looks grim, Holly and Alex Sheridan have plenty to be happy about--they are in love, living the life they've always wanted, and awaiting the birth of their first child. But all that changes when Alex's private plane crashes into the California coastline. Devastated by the loss of her husband, Holly devotes her time and energy to getting ready for the baby. Little does she know, however, that someone else also is preparing for the birth--someone who will force Holly to fight for her own life as well as that of her newborn son.

Jennifer Bennett knows all about stalkers. Until recently she's been in the public eye as the host of a Los Angeles television talk show. Over the years she has received her share of oddball letters and presents from admirers. But it is the most recent gifts--the dolls and toys left on her doorstep--that truly frighten her. Now it seems that someone is trying to get to her through her seven-year-old daughter, Amy. However, Jennifer is mistaken if she thinks an obsessed fan is after her. Because it's not Jennifer the stalker is targeting.

Young, in love, and eights months pregnant with her first child, Karin Seaton has everything she could ask for. But a tragic car accident that puts her in a coma for weeks and leaves her husband and unborn baby dead quickly brings it all to an end.

Beside herself with grief, Karin nearly gives up on life until she notices something peculiar about her baby's death certificate. Could the doctor who delivered her infant have lied about his death? Although still weak from her injuries and thought to be crazy by everyone around her, Karin feels certain her baby has been stolen and begins to search for him. With the unstoppable determination of a mother's love, Karin goes up against the powerful and dangerous forces that are working to destroy her one chance at happiness.

Many years ago, Estelle Edwards was one of Hollywood's most glamorous stars. But now she's nearly forgotten by her fans, living a quiet life with her memories in a mansion overlooking the blue Pacific. When she falls and breaks her leg, she's left nearly helpless. Estelle badly needs a nurse--a kind home companion. Someone she can trust. And who could be better than Jasmine? So perfect...so smiling...so dangerous....

For when Jasmine comes through the front door, the key turns in the lock...the shades come down...and the terror begins. But who will hear the screams? Who will come to save her? Who will ever guess that the once-famous Estelle Edwards has fallen into the hands of a deadly companion?

Nancy's earlier suspense novels are available used and in libraries. 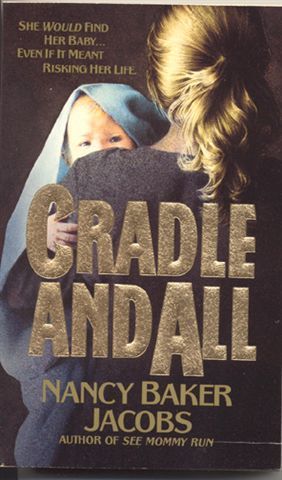 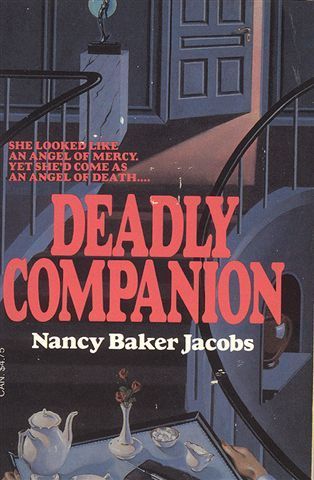